Before the 1990s, boiling water taps were unheard of – now they’re fast becoming a staple kitchen appliance, with most homeowners finding them more convenient and cost-efficient than the traditional kettle.

If we’re comparing an instant boiling water faucet to a kettle, the advantage of the former speak for itself:

However, the instant boiling water tap’s popularity has seen other competitors enter the market, with another option for homeowners being the instant kettle.

The instant kettle can deliver as much or as little hot water as you need and has proven to be more energy and cost-efficient than the standard kettle. Furthermore, unlike the traditional model, there are no waiting times with the instant version, making it ideal for our readers that need to dash to the office in the morning or do the school run before work. 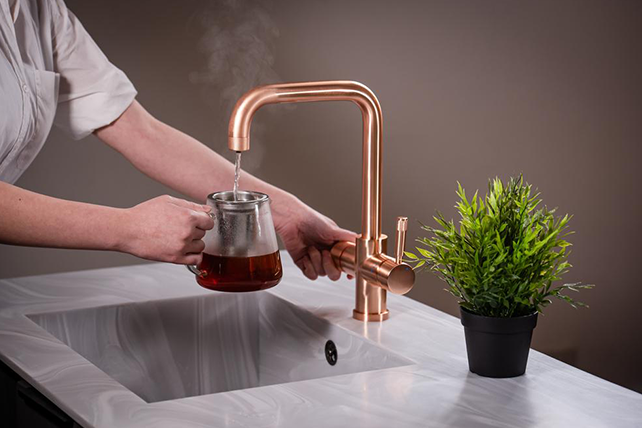 However, it doesn’t quite compete with the instant hot water tap, which prevents water waste and has adjustable temperatures making them suitable for making hot drinks and preparing food.

You may also be questioning what of the traditional kettle: Will it continue to exist on shop shelves and online stores? Most likely!

While an instant hot water tap might be on everyone’s wish list, as we all have different budgets, the likelihood of the conventional kettle ceasing to exist on our worksurfaces is minuscule.

That said, if you can afford to upgrade your kitchen, we’ve delved into the pros and cons of the instant boiling water tap versus the instant and regular kettles.

The boiling water tap comes out on top with its stylish design and excellent quality build when it comes to aesthetics.

If you have a small kitchen, the instant hot water tap will allow you to make the most of the space by removing the need for a kettle to exist on the worktop.

These aesthetically pleasing taps are created by some of the best brands in the business, including Fahren UK, which offers 3-in-1 and 4-in-1 versions of the faucet to give you a greater choice.

They are also faster and more functional than the instant kettle or traditional kettle, dispensing boiling water at the simple twist of a handle and creating time for other pursuits.

Still, as the instant kettle has been around for longer, you’ll find that more options are available to suit different budgets. However, note that cheaper models may not be as dependable as the pricier options, and maintenance can be tedious.

Furthermore, like regular kettles, instant kettles need to be descaled frequently, or you run the risk of severely corroding the heating element. 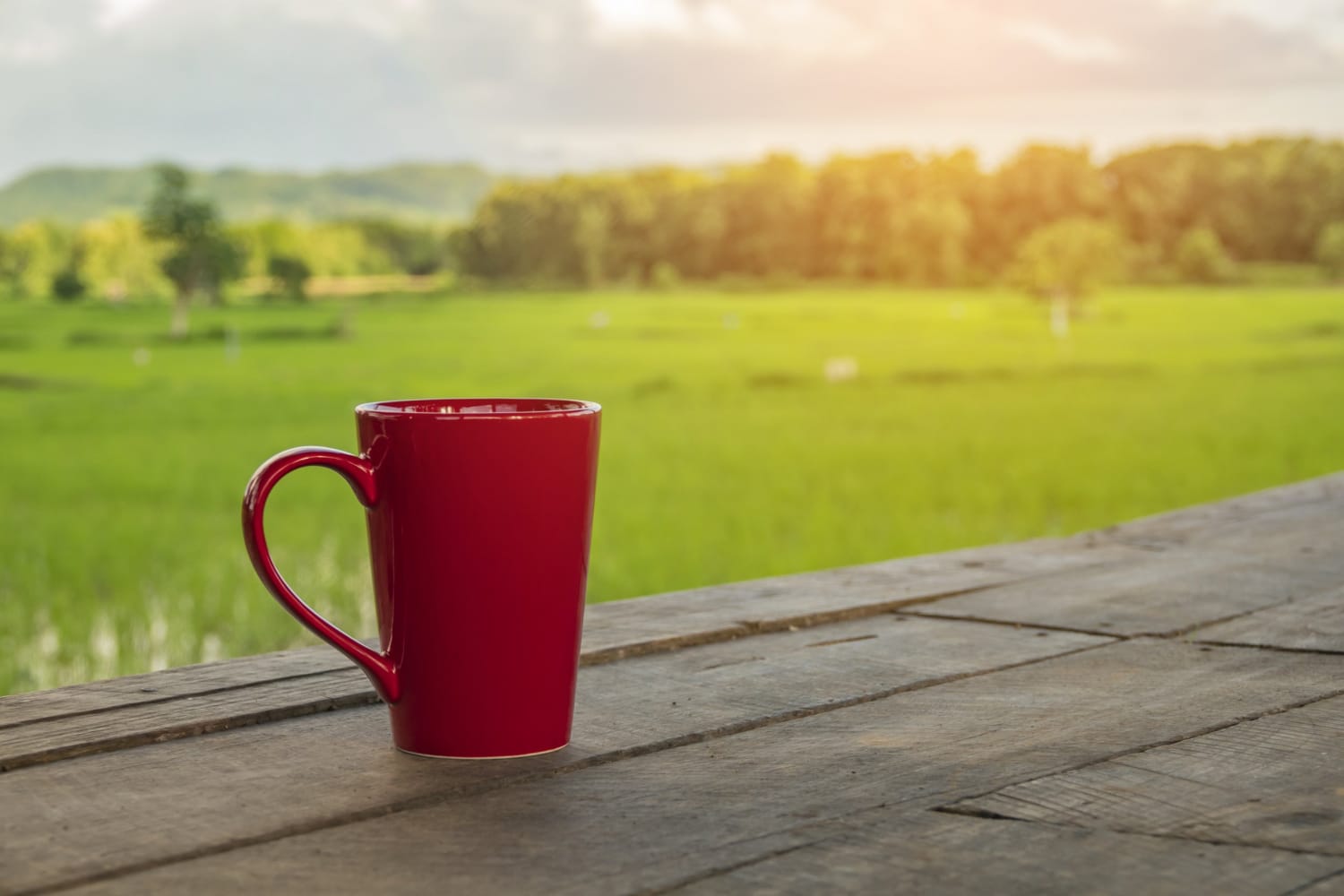 Although consuming limescale is harmless in small doses, it can mar the taste of your hot drinks due to the high amount of minerals that are dissolved in the water.

Installing a water softener will help prevent limescale buildup in your kettle. Alternatively, fill your kettle with a mixture of lemon, vinegar and water, boil, then let it stand for fifteen minutes and pour out the concoction.

Are you considering whether to stick with the conventional kettle? While these appliances come in various shapes, sizes and capacities, compared to the instant kettle and boiling water tap, they are an inferior product.

If all you’re concerned with is getting a hot cuppa, then the traditional kettle might be for you. Some models also have integrated technology to give you greater control over water temperature; however, you’ll still need to wait around for the water to boil.

Furthermore, as you have to lift and tilt the appliance to pour yourself a drink, anyone with restricted strength or arthritis in their wrists could struggle.

Kettles are the most affordable option, but as they work with radio microwaves – which can heat water above boiling point – they can interfere with the tea’s flavour and ruin the taste of your cuppa.

What’s the difference between a Boiling Water Tap, Instant Kettle and Kettle?

If you’re tired of waiting for the kettle to boil, want to modernise your kitchen and impress friends and family, then you might want to consider purchasing an instant boiling water faucet.

Since their invention, the instant boiling water tap has been embraced by commercial spaces due to its technology and functionality, which took convenience to new heights.

Depending on the model, instant boiling water taps can deliver up to 250 cups of boiling water per hour, making it the perfect kitchen addition for tea-loving individuals and families.

In principle, boiling water taps work like a regular tap, in that you twist the handle, and the water dispenses from the tap at the sink. However, instead of running the water until it gets hotter, you receive boiling water instantly.

The instant kettle isn’t quite as luxurious but comes in at a lower price. Unlike the boiling water tap, these appliances sit on work surfaces and must be filled with water like the regular kettle.

However, once there’s water in the tank, you’re able to receive boiling water at the push of a button. Some models also allow you to set the water temperature, set how much water you want to be dispensed and configure the settings so that you can preselect different options.

While some regular kettles come fitted with extra features, essentially, these appliances boil water at the flick of a switch or button.

How do Boiling Water Taps, Instant Kettles and Kettles work?

In most cases, you will need to call out a plumber to install your instant boiling water tap as the tank which holds the water will need to be fitted underneath the sink and connected to your mains supply.

While more complicated to install than the conventional kettle and instant kettle, hot water taps conveniently plug directly into a power socket and run off the electricity to maintain the temperature of boiling water.

The instant kettle is far more straightforward to use and works by plugging into a power socket, much like the regular kettle. However, unlike the instant boiling water tap, it occupies space on your worktop and isn’t as visually appealing.

You’ll also need to fill the water tank at the sink, which can be a bit of a hassle if you’re in a rush and you’ve forgotten to refill the contents the previous day.

The kettle works by plugging the cable into a power socket, flicking a switch or button and waiting for the appliance to boil the water.

Boiling Water Tap vs Instant Kettle vs Kettle: Which one is worth the investment?

While it is more expensive to purchase than the instant kettle and regular kettle, they are more cost-effective in the long run, averaging around 3p a day compared to the kettle, which costs approximately 2p each time it boils.

The risk of scalding is also far lower than when using a kettle, as most instant boiling water taps come fitted with safety mechanisms such as insulated spouts to prevent harm from coming to the user.

Still, make sure you do your research before purchasing, as these appliances require servicing and replacement filters.

If you don’t have the budget for a boiling water tap, the instant kettle can make a great alternative. Although it isn’t as stylish or convenient as the boiling water faucet, given that it takes up space on the countertop and needs to be refilled once empty, it’s capable of dispensing boiling water in an instant.

The end result is the same with the old-school kettle, albeit it’s less energy-efficient as you’ll probably find yourself boiling more water than required several times a day. Still, if you’re not fussed about the taste of your brew, a regular kettle might be the appliance for you.

However, if you want to make life easier, healthier and more productive, Fahren UK recommends the Instant Boiling Water Tap – there’s a reason it’s fast becoming a staple kitchen item. If you need 5 more reasons to buy a hot water tap, then look no further and read our latest guide.