What are the benefits of instant boiling water taps?

For those wondering whether boiling water taps are truly worth it, we’ve highlighted the key benefits and features, as well as answer the most popular questions to ensure you make the right purchase. 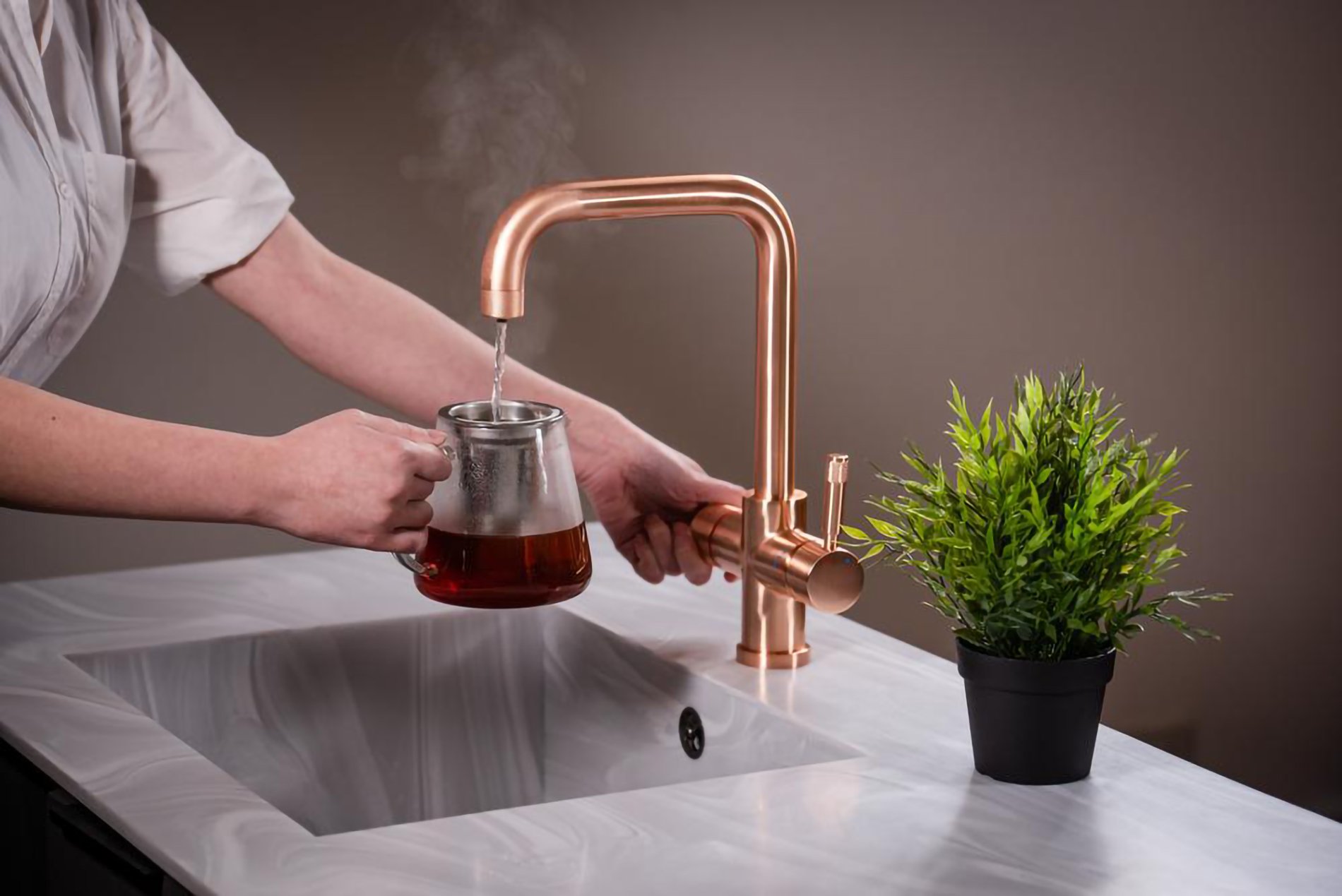 What are the key benefits of boiling water taps?

The key benefit of instant boiling water taps is the ability to save time. The option to instantly pour boiling water directly from the tap means waiting for the kettle to boil, or boiling a saucepan on the hob can be a thing of the past, helping you get on with your day.

Accessing water directly from the tap also means that you can always pour the necessary amount of water, rather than over or under-filling a kettle. Research shows that around 67% of people use too much water when filling their kettle, leading to unnecessarily large amounts of wasted water. Consistently pouring the correct amount of water makes boiling water taps a more sustainable option, helping you to save more energy than using a traditional kettle.

To activate the boiling water, a safety button must be held down and twisted and kept in place until you are finished pouring. This system ensures that boiling water isn’t left running or the handle isn’t knocked by accident. The water pressure is also mildly lower than a traditional tap to prevent the splashing of boiling water.

Without the need for a kettle, boiling water taps can help save you valuable worktop space in your kitchen, freeing up room for cooking. Fewer items on your worktop can also make the area feel more streamlined, creating a more minimalist, modern-looking kitchen. Our smaller size boiling tanks can fit nicely in the under sink area of small kitchens too.

Boiling water taps come in various styles to be in keeping with the design of your kitchen. Boiling tap styles include swan neck and square neck, different colours and materials such as rose gold, gold, silver, gun metal grey & matte black, so there is always a style to suit everyone. The range of designs can help to add an extra touch of class and contemporariness to your kitchen.

Anyone with mobility issues who struggle to lift, fill and pour a traditional kettle will benefit from the easiness and efficiency of a boiling water tap, able to access boiling water at the touch of a button. We’ve written a helpful guide on taps and other kitchen accessories which are easy-to-use for those have mobility issues. You can click here to read it.

Areas that contain hard water can often be subjected to limescale issues. Most boiling water taps come with a filter to help reduce the build-up of limescale, remove hardness, and purify the water. It’s important to remember to change the filter regularly to ensure it remains effective. The number of times you should change the filter can vary between brands. The recommended amount is usually every three to six months.

What are the different features of boiling water taps?

Four in one boiling water taps offer the option to pour filtered cold water in addition to hot, boiling and standard cold water options. Fahren are even set to release a spaarkling hot water tap in 2022.

What is the tank capacity of boiling water taps?

What is the average cost of a boiling water tap?

There are also installation costs to consider. Some taps come with the cost of installation included in the price. Whilst there is the option to install the tap yourself, it is recommended that you use a plumber, as installation can sometimes be complicated.

Boiling water taps often have more connections than a traditional tap, which is why a plumber is recommended for installation. You’ll need to ensure that you have sufficient space under your sink for the water tank, as well as a nearby plug socket. Fahren taps offer functionality and style at excellent prices. Our Kelvin 3-in-1 taps is our most affordable collection. The 4-in-1 Celsius range then precedes our premium 4-in-1 K&W range.

The cost of an average boiling water tap on standby is around 3p per day versus around 2.5p to boil a litre of water in a kettle. Given that people tend to boil their kettle several times a day, the daily costs of running a boiling water tap can work out cheaper.

That being said, the higher upfront cost of buying a boiling water tap means that it will take a long time for you to see the return on your investment.

What is the cost of maintaining a boiling water tap?

As mentioned previously, it’s essential to regularly change the filter of your boiling water tap to help maintain the purity of the water. The cost of a replacement water filter is around £49 which should be replaced every three to six months.

What are the disadvantages of a boiling water tap?

The main concern amongst consumers when it comes to boiling water taps is the price tag. With a low-end tap costing around £500 and the average kettle costing approximately £17, a kettle often seems like the easier, more cost-efficient option. However, the calculations mentioned above indicate that this is not necessarily true.

Should I buy a boiling water tap?

With boiling water taps being significantly more expensive than a traditional kettle, it’s important that you make the right purchasing decision. We recommend setting a budget and creating a list of personal requirements to ensure that your purchase aligns with your needs and what you can afford to spend.

At Fahren Taps, we have multiple tap collections in a variety of styles to suit every need. For more information or give us a call on 02039882278.