How to choose the right kitchen tap 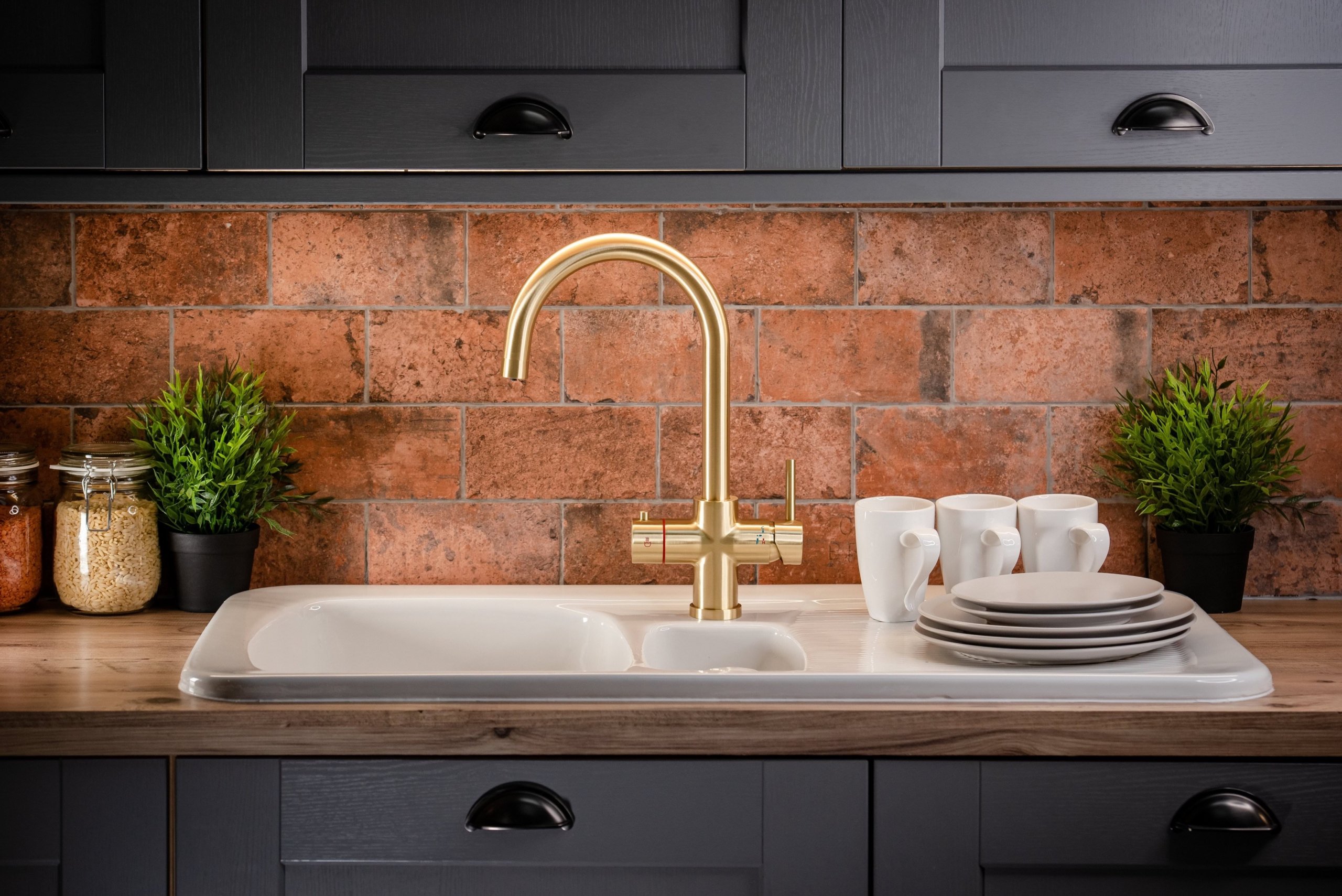 When designing a new kitchen, a choice in taps aren’t always the first thing that people consider. However, choosing the right tap is an important decision as it is one of the highest functioning appliances in your kitchen.

Over the years, more people have opted for high technology kitchen taps over traditional ones, with a wide variety now available to choose from. With so many types of kitchen tap on the market, it can be difficult to know which one is right for your home. This article looks at the various kitchen taps available, what to look out for and how to make the right decision for your kitchen.

What should I look out for when choosing a kitchen tap?

When choosing the right kitchen tap, it’s essential to be mindful of both aesthetic and practical elements. High-quality kitchen taps tend to last a long time, so it’s always worth choosing a tap with a timeless look whilst ensuring it is in keeping with your kitchen style.

In terms of practicality, it’s essential to look into your water pressure before buying your kitchen tap to ensure the tap performs at its best. Some kitchen taps require a minimum water pressure, so knowing this information beforehand will confirm which taps are a viable choice for your home.

What types of kitchen taps are there?

We’re all used to seeing standard hot and cold taps in the kitchen but opting for something a bit more modern is increasingly becoming commonplace. Some of the most popular types of contemporary kitchen taps include:

If your home contains low water pressure, there are now various stylish taps designed especially for this purpose. Low-pressure kitchen taps are affordable for those looking for both function and style, with low-end taps costing as little as £20.

Pull-out kitchen taps are commonly used in restaurant kitchens and are particularly handy for cleaning pots and pans and rinsing off food. These types of taps are excellent for those wanting to add a professional touch to their kitchen. Price-wise, these are not as costly as you might expect, with pull-out kitchen taps available from under £100.

Kitchen pillar taps are standard taps, which many would expect to see in the average kitchen, with one separate tap for cold water and another for hot water. Standard kitchen taps like this are ideal for those who want to keep their kitchen simple and, with prices from as little as £20, they are incredibly affordable.

Two tap hole kitchen taps contain a twin-level design, with just one spout. Available in modern and traditional designs, they can be in keeping with a variety of kitchen styles. These taps are also suitable for both high and low water pressures, giving greater options to those in low water pressure homes. 2 tap hole kitchen taps can also be a cheaper option, available from £55.

As the name suggests, water filtering kitchen taps can remove impurities from the water, giving you perfectly filtered water from the flick of a handle. Whilst filtered water taps are available from under £100; most tend to be above £150.

What types of kitchen tap finishes are available?

Kitchen taps come in a range of finishes, so you are sure to find a tap that compliments your kitchen décor. Some of the most popular finishes include stainless steel, chrome, brass, copper, nickel and anthracite. The variety of finishes available allows you to create a classic or contemporary kitchen style, depending on your personal tastes. Our most popular product is our brushed gold boiling water tap, but Fahren also has the following colours:

How do I install a kitchen tap?

Kitchen taps are often mounted to a deck with a two to three-hole installation. Whilst it is possible to replace a kitchen tap yourself, it is recommended that you use a plumber to fit your new taps. For someone who is used to DIY, the process could take under an hour. However, for someone who is not experienced, installing a new kitchen tap could end up taking up most of the day.

Which kitchen tap is right for me?

With so many kitchen taps available to choose from, it can be challenging to narrow down which one is right for you. First of all, it can be helpful to set a budget to establish what you can afford to spend. Secondly, it’s essential to consider what functionality you are looking to get from your kitchen tap. For those who spend little time in their kitchen, kitchen pillar taps will likely be a sufficient option, with their simplicity and affordability. Those who love to cook, are looking to save time in their kitchen and add a touch of modernity, are likely to benefit from an instant boiling water tap.

At Fahren UK, we have a variety of boiling water taps to suit every taste. To take a look at our Celsius Collection and  Kelen & Willian Collection range, please visit our website or give us a call on 02039882278.