Can you boil water at room temperature? Absolutely!

You’re probably wondering how that’s possible, given that the boiling point of water is technically 100°C. Well, that’s because boiling isn’t just about temperature; it’s also about pressure.

In fact, science has proven that boiling water at 100°C actually ruins the taste of your favourite hot drinks as it removes the oxygen molecules from the water. Although you might not have noticed, you could have a far superior tasting “cuppa” if you own a temperature-controlled hot water appliance. Fahren boiling water taps which come with digital thermometers allowing you to adjust the temperature of your water between 75°C – 98°C.

The correct temperature for tea remains a hotly debated topic. Still, two considerations to make with beverage temperature is that too-hot drinks are difficult to consume, and more delicate flavours such as green, mint and white tea should not be brewed at boiling point. 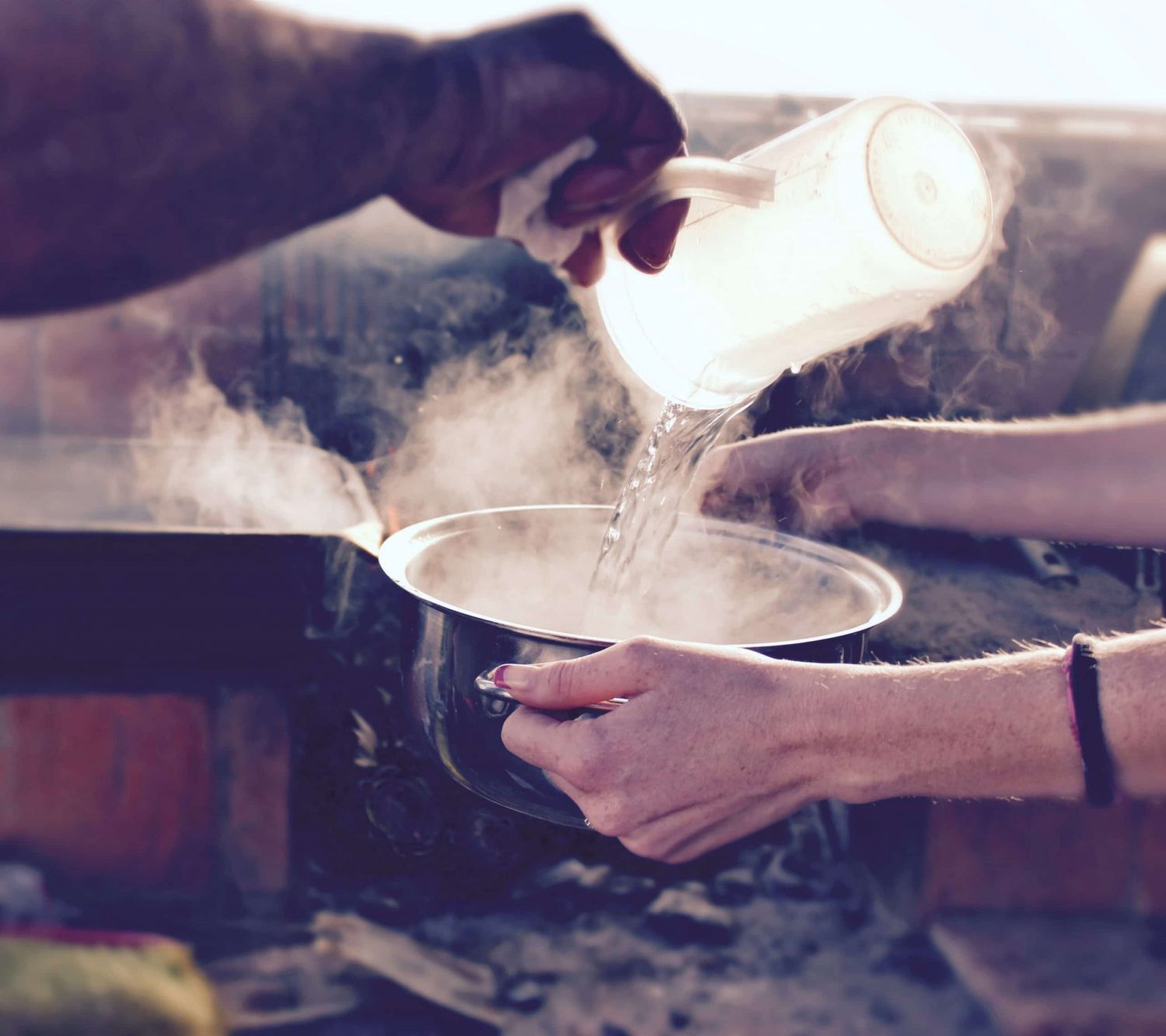 So, just how do you boil water without heating it?

You probably haven’t noticed that the high-altitude version of boiling is often printed on the box of your food packaging or mentioned in the instructions of that baking recipe you used not too long ago.

If you think about the difference between the boiling point of water on a mountain and at sea level, the former boils at a far lower temperature.

How does water boil at low temperatures in higher altitudes?

Increasing your altitude above sea level decreases the boiling point of water by approximately -17.2 degrees for every 500-feet increase, meaning pure water boils at about 68°C on top of Mount Everest!

Water is a relatively fascinating substance, and as you may already know, you can find it in three different states:

We refer to the solid form of water as ice, the liquid form as water and the gaseous state as water vapour, which occurs through evaporation of the liquid state or sublimation of the ice form, which is when ice changes into water vapour without melting first.

You’ve probably seen ice evaporate straight to gas but not given it too much thought, or you haven’t noticed it at all as it can be pretty difficult to see the results of sublimation.

Heat plays a huge role in converting ice into gas as, without the addition of energy, the water would remain in solid form. If you picture a glass of water and zoom in with a microscope, you would see that the substance is made of thousands of molecules that consist of two atoms of hydrogen and one atom of oxygen.

These atoms are moving freely in the glass, but they stay close to their neighbours. Surprisingly, the movement of these atoms isn’t triggered by currents but by thermal motion, which is related to the temperature of those particles. The hotter the water, the greater the movement of those atoms and vice versa for a cooler glass of water.

Did you know that water particles don’t move at the same speed? Although there is an average particle speed, some move faster and slower than others. The reason is that some of those particles have enough thermal energy to break away from the others and vaporise. However, with speed liable to change at any given time as energy is exchanged between the different molecules, the gas particles can turn back into the water as the drink’s temperature cools.

If water is trapped in a closed container such as a water bottle, it will eventually reach an equilibrium state between liquid and gas if there is no air in the container. The pressure created is referred to as vapour pressure, which the condensed walls of the container would evidence.

If you increase the temperature of the water, more of those liquid particles will evaporate and become water vapour due to the increase in thermal or kinetic energy. 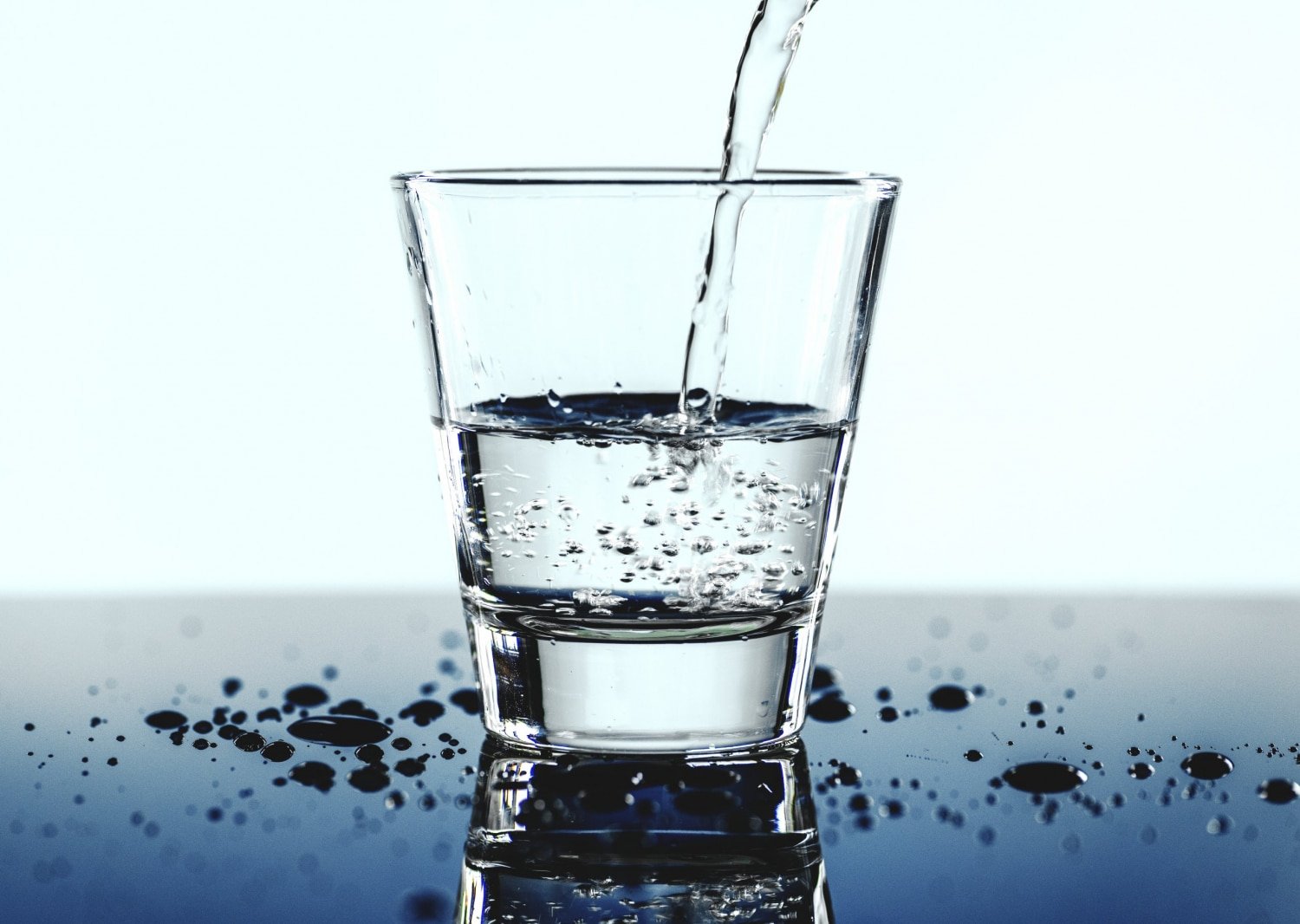 What About Boiling Water?

The technical definition of boiling water is: “The rapid vaporisation of water, which occurs when the liquid is equal to or greater than the atmospheric pressure.”

Essentially, boiling water is water that has reached a temperature of 100°C or 212°F and is steaming with well-formed bubbles, which occurs when the liquid molecules jump rapidly into a gaseous state due to the increase in thermal energy.

The bubbles are water vapour – small pockets of water in the gas phase. If you’re boiling a saucepan filled with water, you’ll notice that these bubbles become more lively with the lid on as the vapour pressure increases.

It’s all about temperature and pressure with water vapour. Raising the temperature of the water delivers more kinetic energy to the molecules, also increasing the speed at which they move. After reaching a specific temperature and speed, the water molecules clash, forming the bubble or pocket of water.

However, to prevent the bubble from collapsing, the vapour pressure must be equivalent to the water pressure, meaning that for water to reach the boiling point, the pressure inside and outside the bubble must be equal.

Water is approximately 1000 times heavier than air. The pressure for the average glass of water, at 2cm below the surface is only 0.2% higher than the atmospheric pressure, which contributes to the overall pressure. The atmosphere exerts a force on the water’s surface to amplify the pressure in the liquid, which is why the deeper you travel under the sea, the greater the pressure of water.

What Happens When the Atmospheric Pressure Is Lower?

Now for the interesting part – what happens when the atmospheric pressure is lower?

If we reduce the pressure exerted on liquid, this will also lower the pressure in the liquid and take it down to the same level as the vapour pressure, without the need to raise the temperature!

Hence the reason why water boils in the mountains. As there are fewer air molecules in the given space, the atmospheric pressure is lower, meaning the water molecules need less pressure to boil.

You can even boil water at room temperature. Unbelievable, right? We’ve just debunked all those myths about water at 100°C being the perfect temperature. That’s why Fahren UK manufactures boiling water taps with adjustable temperature settings so that our customers can tailor their water to their liking.

Although you’d need a large syringe and robust container to make water at room temperature, it’s not impossible.

How to Make Boiling Water at Room Temperature

It might take a couple of attempts to perfect the technique- but did you see the water boil? If you’re struggling, try boiling the water in the syringe at a higher temperature first.

Get a Smart Tap That Can Make Boiling Water at Room Temperature For You!

Now you’ve learned all about boiling water at room temperature are you not glad that you have to do this process every time you want a cup of tea or want to cook with pasta?

Fahren Taps sell a wide variety of instant hot water taps that can dispense boiling, hot, cold and filtered water whilst fitting with the style of your kitchen.

You can choose from an array of modern colours and finishes, such as brushed gold, rose gold and gunmetal grey or you can select your favourite hot water tap based on style:

Boil water in style and save energy, water, and time whilst doing it.